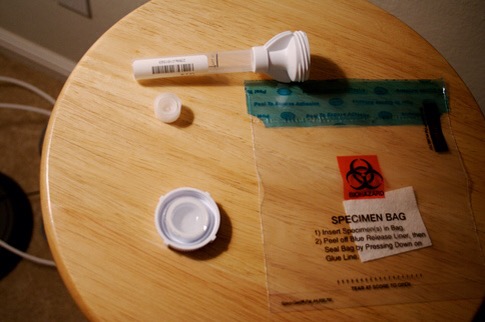 Today, it’s his job to handle cases of physicians in Pennsylvania who have had ethical breeches. I’d call it ironic or ridiculous if it weren’t so disturbing and very serious.

In August 2008 he came to my medical school campus, the Lake Erie College of Osteopathic Medicine, and gave the student body a talk about sex and how it could get you in trouble as a physician. That may sound like an odd thing to you, a state physician licensing official coming to muggy Erie Pennsylvania to give a lecture on keeping your knees together to a group of student doctors. But this was no ordinary August day.

You see, two days earlier one of the medical students at my school had been arrested by the FBI for possession and transport of child pornography and obscenity. They had come to his door the morning of a big exam and come into his house with guns drawn and arrested him.

They’d seized his computers and found that he’d been looking at violent graphic pictures of little girls just an hour earlier. Little girls bound and gagged by duct tape with their legs over their shoulders.

When this physician came to speak to us, this leader, this pillar of physician ethics, I assumed he would talk about that child rapist. He started talking to us about a fellow medical student. He didn’t give the student’s name but I assumed it must be this student.

I didn’t remember his name afterwards. I was so filled with shame after going through my several months long ordeal of rape, torture and humiliation at the hands of Jeremy, that I just wanted to try to forget all of it. Including what Dr. Agrawal did to me.

And so I forgot his name. Because I could. And any crumb of it I could forget was a relief I welcomed.

Years passed. I needed to finish medical school. I had children to raise. I met my new husband and married him. Eric and I spent our first Valentines Day together as a couple in federal court at Jeremy’s trial.

After med school there was residency to tackle. Our sweet baby came along.

There he was. Still on the state medical board. The secretary now, actually. He’s an emergency medicine physician according to the Google. He’s trained to collect rape kits when victims come into the emergency room then.

I wrote his name down. I typed into a memo on my phone. I did not memorize it. I had to copy and paste it tonight for this piece.

A physician charged with leading the physicians of this state actively participated in publicly punishing a student doctor who’d stopped a child rapist student doctor at the risk of losing her life. He very actively, explicitly, and personally sent a message to hundreds of future physicians that if they chose to do the same they would be punished too.

It is immoral, unethical, and unacceptable.

His name is Dr. Rohit Agrawal and he punished me for stopping a child predator.